Encounters with ‘the Other’: Refugees, Prisoners of War, and Internees in Thuringia and Saxony—Past and Present

an exhibit organized by Spuren e.V. from Dresden and Erfurt, in cooperation with TRACES Center for History and Culture, with support from Quäker-Hilfe, and the Dresden Quaker group via the Small Grants Fund of the FWCC-EMES and Joseph Rowntree Charitable Trust

An 11-day program accompanies the showing of a six-week exhibit (the panels are in English, with German translations), featuring lectures, workshops, panel discussions, films and other events which deal with encounters between people of various backgrounds and ways of life—as well as conflicts that arise between such people. Self-reflection is encouraged: “How do I deal with ‘the other’?” 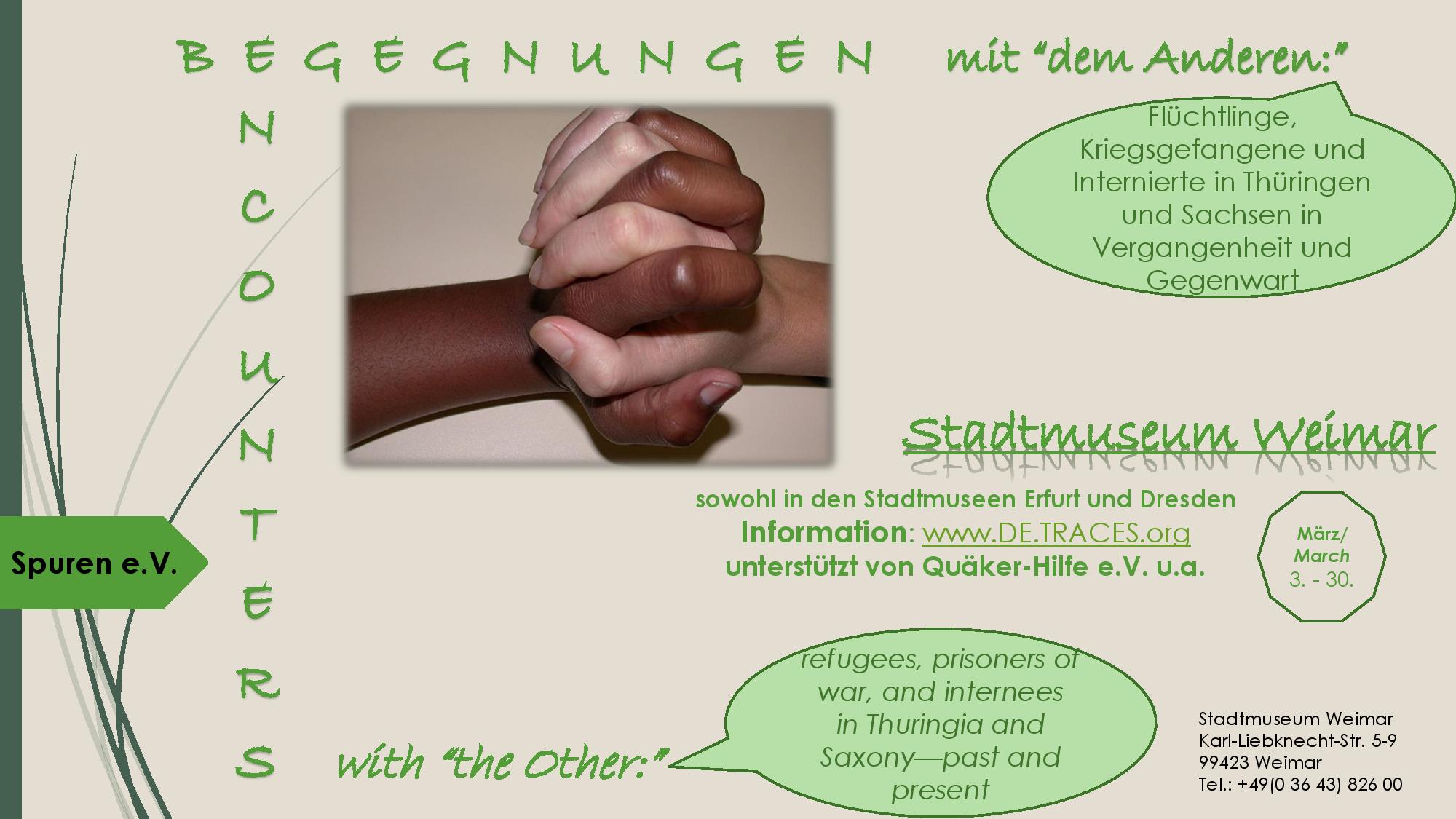 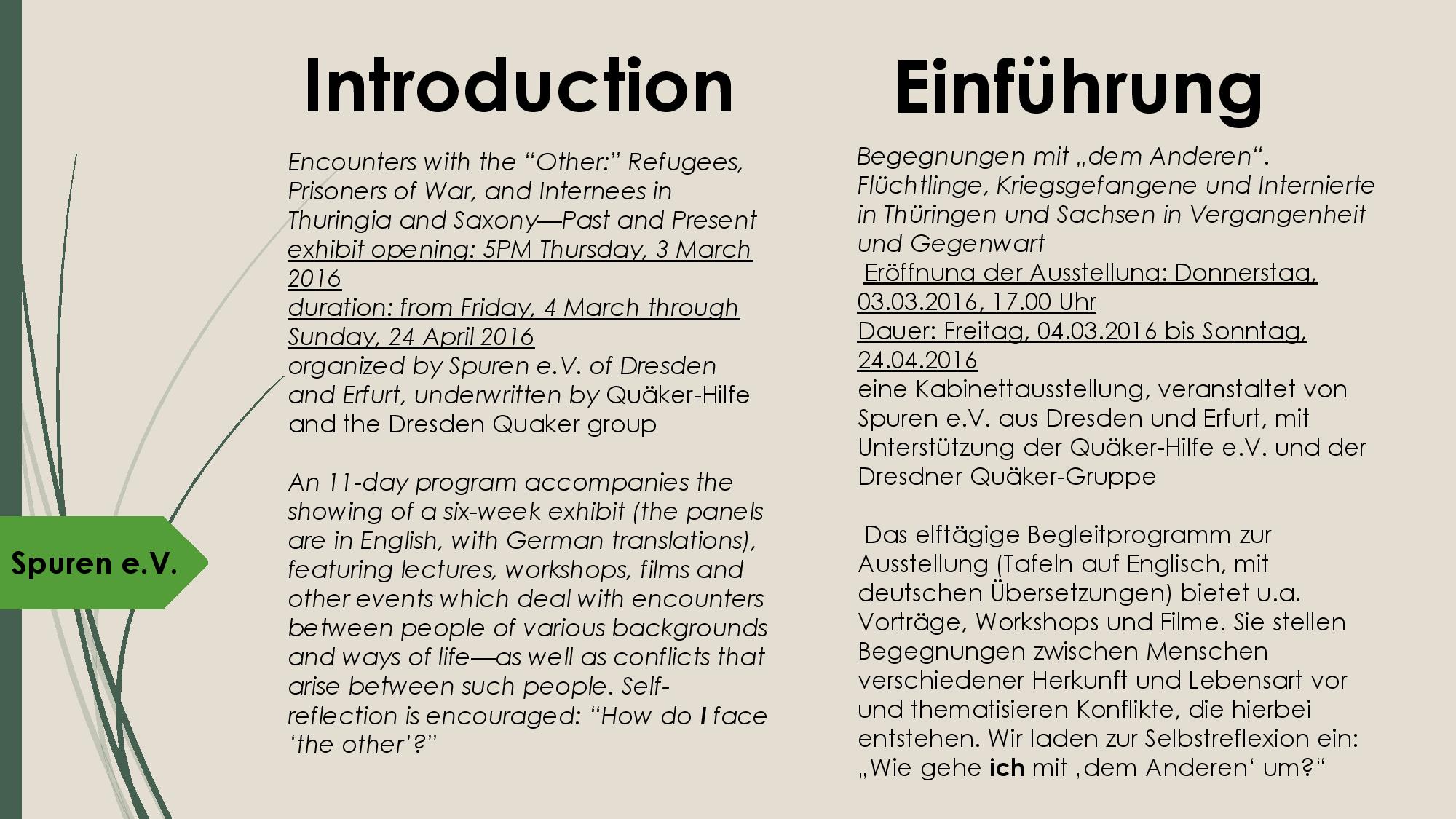